When it comes to Artificial Intelligence, Businesses want Easy-to-Use Applications

The biggest challenge isn’t to innovate, but delivering an ROI

The slogan at this week’s AI Summit in Hong Kong was “Beyond the Hype.”

And the hype around Artificial intelligence is certainly heating up. 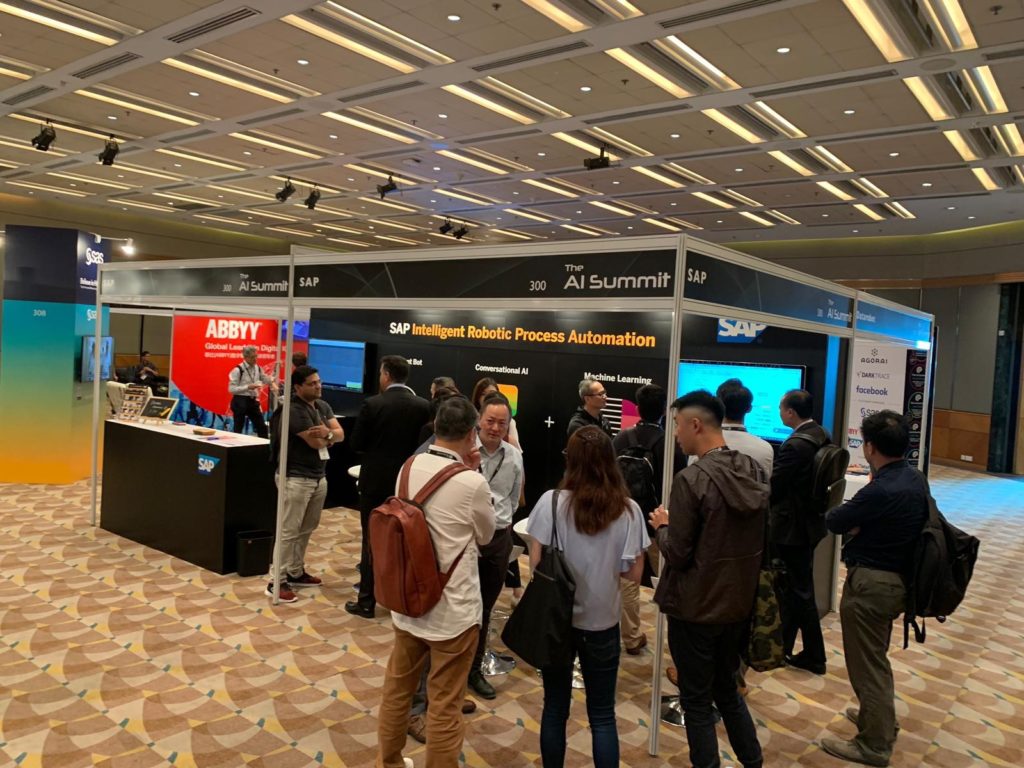 However, as SAP’s Pavlos Panagiotidis pointed out at the event, the reality is that most people have no idea what AI really does. And that includes the majority of businesses!

After his presentation on “Data Science: Realizing the Hype Cycle, ” we sat down with Pavlos, who happens to be the Vice President of Data Science, Global Center of Excellence, Platform & Technology, to find out what makes AI tick. And, more importantly, to get some ideas on how companies can use it to get their businesses running like clockwork. 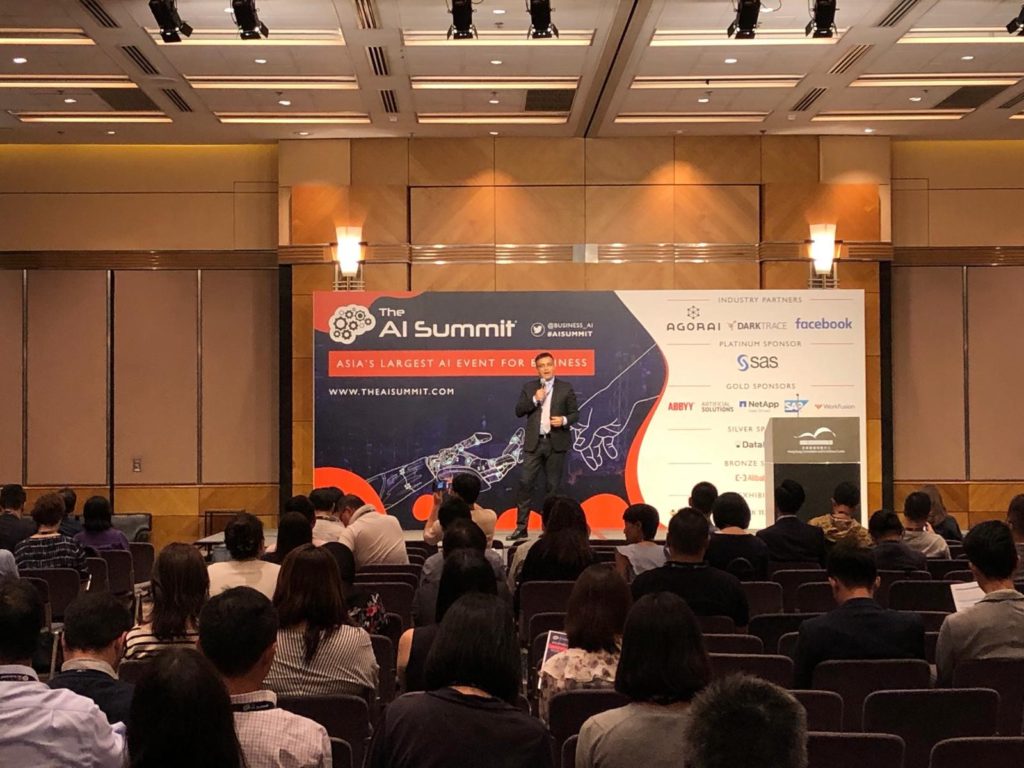 Q1: What were the key takeaways you gave the AI Summit audience?

Well, one of the biggest takeaways was probably that, despite the great technological advancements and hype around AI, we’ve yet to see signs of mass adoption in businesses. There are several practical reasons for this, but primarily business users do not want technology; they want an easy-to-use application where they can use AI almost without realizing it.

As one of the largest enterprise application providers, SAP aims to do exactly that: be the leading Business Platform where companies can experiment with new technologies – both SAP and non-SAP – that can be seamlessly embedded into business processes, thus enabling what we call the “Intelligent Enterprise.”

Q2: Why is Hong Kong and the wider region strategically significant for AI initiatives?

East Asia is a fast growing region, with a pioneering mentality in technology adoption among the population, as well as increasing spending in AI R&D from governments and major businesses.

Hong Kong in particular has always been a gateway. It’s an ideal destination to attract international talent, combine it with the abundance of local talent, and create a solid foundation to address the region’s needs.

Q3: From your perspective as a data scientist, what are the greatest challenges around implementing AI that businesses are encountering in 2019?

It’s hard to avoid the cliché, but we are seeing the same thing with all of the customers we work with. Unless they are really at the bleeding edge of AI, technology itself isn’t the issue. The number one challenge is embedding AI into business processes and applications.

Other challenges I often see include end-user adoption, trust and acceptance of AI generated insights, because the explainability of AI is still in its infancy.

There are also ethical dilemmas. As more and more decisions that affect people’s lives are taken by algorithms, legislation is trying to catch up to protect human rights and avoid algorithmic biases, such as towards minority groups, genders and social classes. Companies will have to prove they are taking the right measures to ensure the ethical usage of data.

Data quality, preparation, basic modeling and data warehousing are also often underestimated by Data Science teams. As the Big Data world is maturing, we expect to have an easier and more robust access to data, focusing on end-user self-service. We need to get the Data Scientists away from being the bottleneck, as is now the case in many leading businesses.

Q4: You work with SAP Leonardo. What have you learned and what can people expect to see in terms of increased capabilities in the next year?

I’ve said it once, and I’ll say it again. Users do not want technology; they want simple answers to business problems. At the same time, the AI field is evolving so fast that the biggest challenge isn’t to innovate, but to deliver an ROI.

Our philosophy revolves around making it easier for businesses to embed intelligence into their day to day transactions by leveraging our Business Platform. About 75% of the world’s transactions already touch an SAP system at some point. We need to make sure that intelligent technologies – whether they come from SAP, are open source or from a 3rd party – can be combined with this wealth of SAP and non-SAP data to enrich the customer’s own applications.

To facilitate that, we’ve developed a comprehensive and ever-expanding list of Leonardo ML Business Services, which standardize common business problems, such as hierarchy matching, service ticket intelligence and document classification.

Last but not least, all our standard SAP applications are continuously adding ML/AI based functionality for business problems – like the receipt image recognition in Concur – that can be standardized out of the box.

Q5: In a sentence or two, what advice would you give to enterprises looking to grow their deployments of machine learning capabilities?

I’d say don’t consider Machine Learning as a separate world, with its own siloed environments, teams and technology. Treat it as part of the day-to-day business and IT processes. 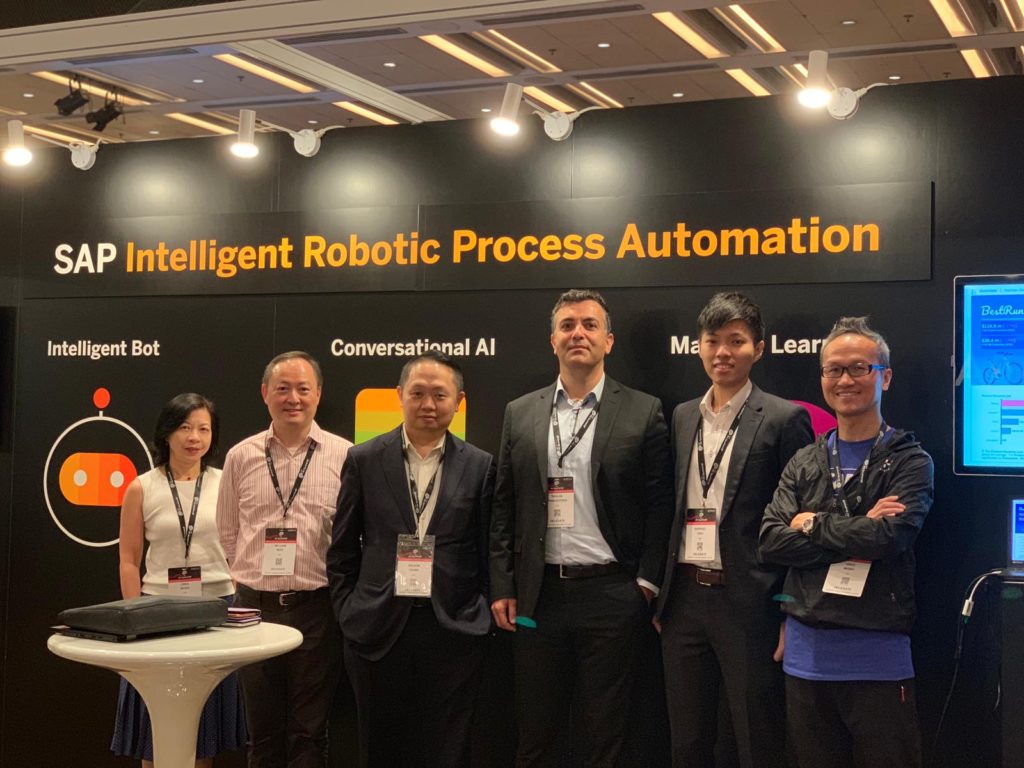