If I was going to make one prediction about Industry 4.0, it’s that it will be unlimited. And I mean that LITERALLY.

There is no aspect of business – or human life – that the fourth industrial revolution won’t touch. And the latest domino to fall in the move to Industry 4.0 is sports!

According to Statista, in 2017, the global eSports market was worth nearly US$500 million. It looks like hitting the US$1.65 billion mark by 2020, and there is every indication that it will continue to accelerate.

In fact, the Hong Kong Tourism Board recently announced an e-Sports & Music Festival for 2019. The three-day event will attract top gamers from around the world to compete in world-class e-sports tournaments and demo the latest games and products.

It’s incredible to think that it all springs from something that barely existed until very recently. But, pundits predict that eSports will be on the minds of an estimated 1.57 billion people worldwide by next year (2019).

eSports on the move

SAP already has a deep heritage in traditional sports. We supply software solutions and platforms for more than 40 top-flight football clubs – including one of Europe’s most successful teams, Bayern Munich – enabling them to train players and manage resources effectively.

We also help organizations, like Norway’s ski federation, to optimize athlete performance. And we provide technology to the NFL (National Football League), the NBA (National Basketball Association) and the NHL (National Hockey League) for a variety of data-intensive applications, such as underpinning marketing efforts.

It’s not a fad or a fashion that will quickly go out of style. Like the physical variety, eSports generate powerful emotions and have a strong appeal to an increasing segment of the public. That is only going to grow as eSports become part of the mainstream. However, like any multibillion dollar industry, there are business challenges and marketing hurdles to overcome. And SAP intends to be on the winners podium when the investments are made, sponsorship budgets are allocated and developers push their own eSports agendas to the limit. 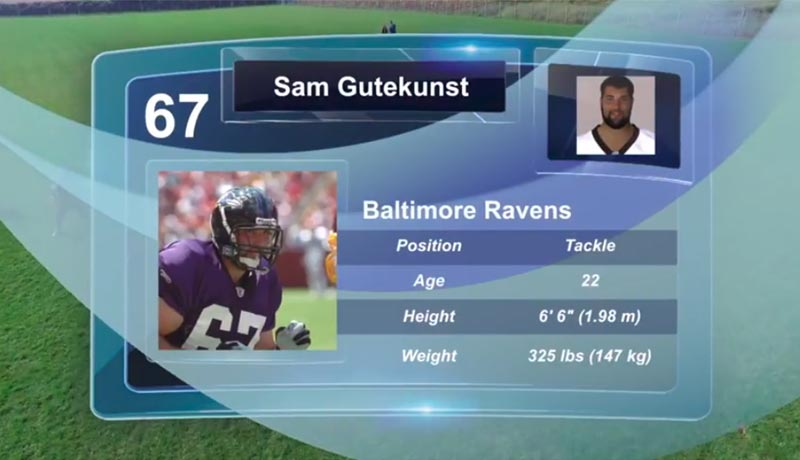 Getting some skin in the eSports game

SAP already has some skin in the eSports game. We’ve just become a three-year sponsor of Team Liquid. Which, if you don’t already know, is a clan on the Battle.net gaming platform.

Together, we are going to co-innovate on in-game data analysis to improve player and team performance, and achieve greater precision in areas like scouting new talent.

It’s a big deal. Team Liquid has evolved into one of the leading international multigame eSports teams, with training centers in Utrecht, The Netherlands and Los Angeles, California. The team has over 70 athletes competing across 13 distinct games, including all of the major eSports titles, such as DOTA 2 (Defense of the Ancients), League of Legends and CS:GO. It is also one of the most successful, taking home some of the most important titles and prizes in the eSports pool.

We will be using the SAP HANA business data platform as the foundation for the entire process. Additional components, such as the SAP Cloud Platform, the SAP Leonardo digital innovation system, as well as the Internet of Things (IoT) and predictive and machine learning functionalities, will be evaluated as part of the co-innovation process.

By equipping Team Liquid with the most innovative tools to track and improve performance, SAP hopes to participate as an authentic, global and sustainable player in the eSports ecosystem, addressing the young and tech-savvy eSports community.

Knowledge is the real prize

The competing teams are only one side of the rapidly growing eSports ecosystem. For SAP, the next step is to make analyses of the wealth of data generated in tournaments accessible to spectators in an appealing way.

We debuted that vision in October, with the live broadcast of ESL One in Hamburg. Considered the most important Dota competition in Europe, 12 different teams compete against each other to win the title and the lion’s share of US$300,000 in prize money.

With 115 different “heroes” of completely different abilities, there are thousands of constellations that make sure no two Dota games are the same. SAP’s cooperation with ESL concerns the hero selection – the so-called pick and ban phase of the game. The audience and commentators are provided with clues in order to better understand the professional players’ decisions for or against certain heroes. 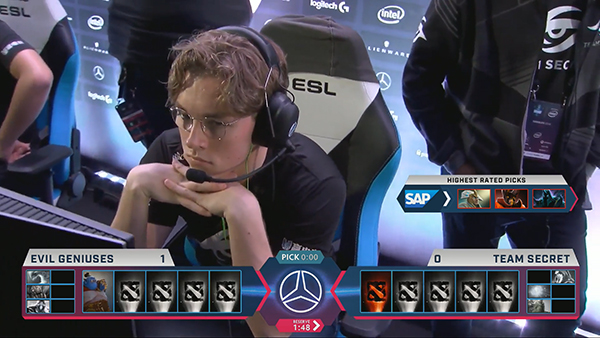 In-memory technology from SAP HANA serves as the basis of the solution. The results and game data of past games can be evaluated in real time via the SAP Cloud Platform, which determines the heroes most likely to be chosen by competitors. Even synergies between different heroes are included in the evaluation in order to make the most exact predictions possible.

The results of all this analysis were included in the event broadcast, helping longtime fans and interested newcomers to quickly gain the necessary knowledge and see through the tactical intricacies of choosing a hero.

As For Team Liquid, competitive performance is key – and smart technology and data give it the best possible tools to analyze and improve. As a technology company at the cutting edge of innovation, and with sponsorship experience across sports and entertainment, SAP is the perfect partner to collaborate with and create tools and solutions to fuel the competitive eSports journey.